Japan Tour Before & after the great earthquake 2011

We arrived in Osaka from Cairns Australia on Monday last week and spent 4 days on the tourist trail visiting Osaka Castle to view the first blossoms of spring in the Plum Grove, the deer park, temples and Budha at Nara, and at Tennoji the Osaka Municipal Museum of Art and the gardens.
Osaka Station has a myriad of walkways to be discovered with eateries and shops including a row of bookstores. A Ferris Wheel sits atop a seven floor store and the ride gives views out over the city. Japanese food is exquisite including pre-packaged off the shelf at the 7/11.

We reserved our seat on the Hikari class rapid express for 10.40 on Friday 11 March arriving Tokyo 13.40. The trip was smooth fast and relaxing. The Grand Prince Hotel Takanawa was a short walk from Shinagawa Station just south of central Tokyo. The hotel complex has a lovely garden and within an hour of arriving and checking into our room we were wandering in the garden. I crossed a wooden bridge and wondered if it was on a pontoon over water as it seemed to float then I noticed the trees and wooden structures shaking and swaying and the movement of the ground intensified. A Japanese man walked towards us and said 'This is big this is the biggest'. Almost before the tremors had ended or perhaps while they were still in progress he produced for me on his mobile phone a map showing the magnitude of the earthquake at various points around Japan and 6.2 in Tokyo. There was minimal damage done as far as I am aware in Tokyo. Our trip turned turtle with evacuation from the hotel to the car park. We were very well catered for with chairs rugs and umbrellas by hotel staff and later in a safer adjacent hotel with coffee in the lounge. Tsunami warnings and later messages to conserve power broadcast over the community PA system added a sombre note reinforced by the emerging vision of the destruction caused by the tsunami in northern Japan.  Power outages, canceled trains, food in short supply, continuing tremors and the threat of another 'big' one and the damaged nuclear reactors influenced our decision to cut short our holiday and we arranged our flight home. We visited the Tokyo Museum of Photography and the Palace Gardens both were closed due to the earthquake or power outages so this uncertainty was also a factor in our decision.

Our pre-booked train service to the airport was canceled necessitating the decision to pay a whopping 23000Y for a taxi fare for the 76km drive from Tokyo to the airport. Kevin Rudd said travel times to the Airport had been cut from 8 hours to 4 hours our taxi driver did the journey in an hour sometimes at 120kmh.

We feel for the Japanese people affected by the tragedy.

Notes re the photographs.
I was unable to capture any photographs of the earthquake as it occurred because I had left my camera on the 14th floor while we were walking in the garden below.
The earthquake did not deter the wedded couple photographed in the dormant surrounds on the lawn of the hotel the next day. The wooden bell tower just visible rear left in bridge photo swayed precariously on its stone feet and I thought it would topple. The open path where we stood in the garden after crossing the wooden bridge while the earthquake shook is shown almost with the tree shadow forming an X over the spot.
The first blossoms in the Plum Grove in Osaka, the stone gate, the birds swooping in the courtyard, the very serious photographers focused I presume on the turtle on the rock,  and various other photographs reflect on our brief stay and remind us that we were indeed in Tokyo for the 'big one'.
The  visit to the Epson Aqua Stadium adjacent to our hotel was the last thing we did before checking out of our hotel and heading to catch our canceled pre-booked airport express train.


Footnote:
Arrived in Cairns in the early morning about 4.30am and collected a hire car to drive to Port Douglas for breakfast. We returned to check into our room early at 10.30am and settled in for a nap.  About 4pm we felt the tremor from a magnitude 4 earthquake centered off Innisfail. I wasnt sure at first but the news confirmed I wasnt experiencing PTSD. 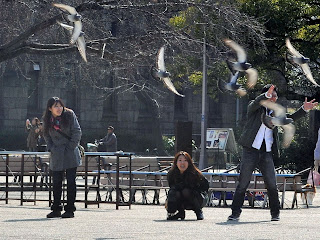 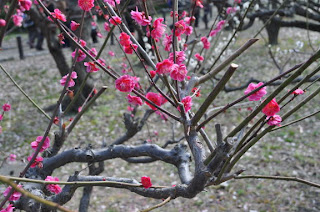 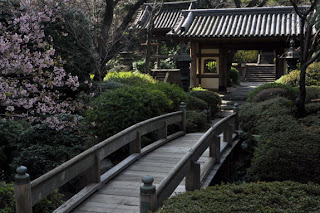 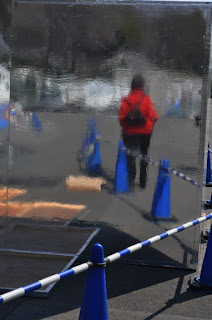 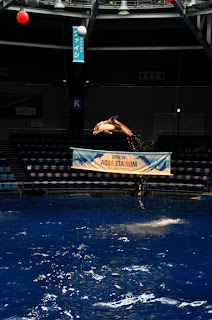 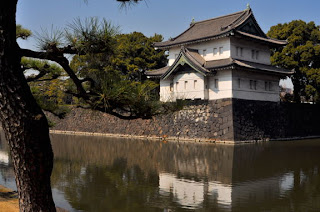 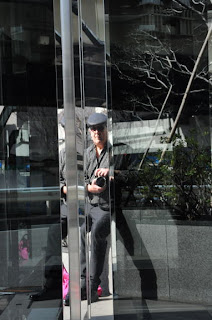 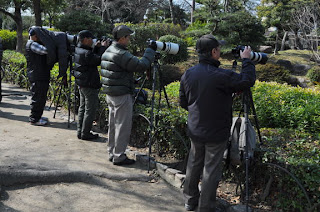 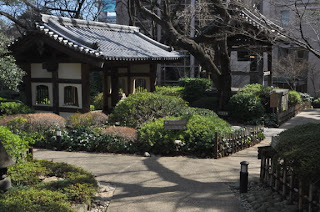 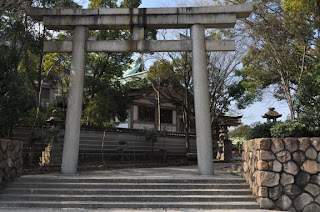 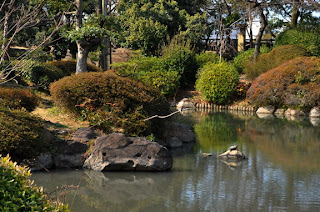 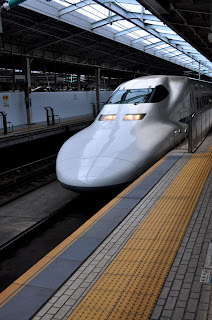 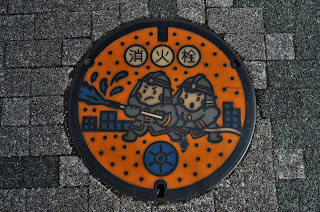 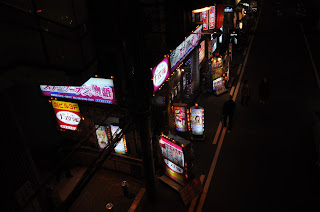 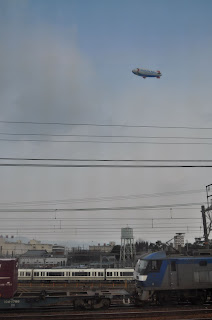 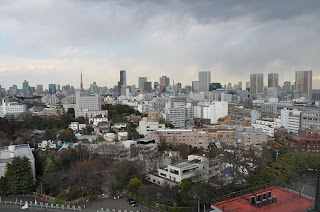 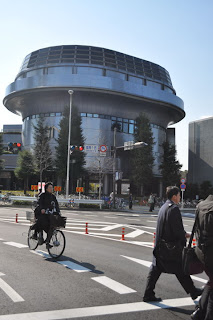 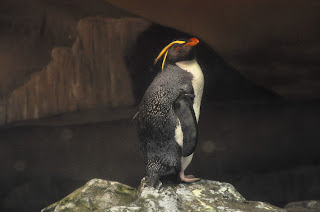 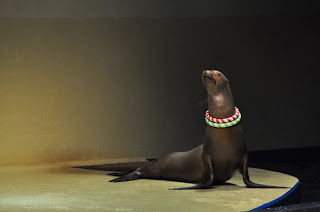 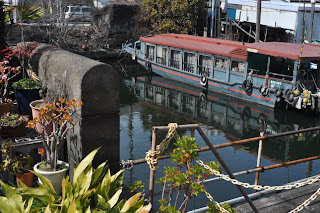 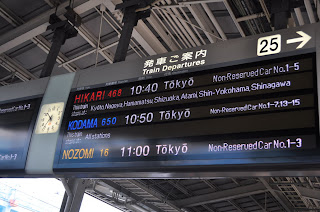 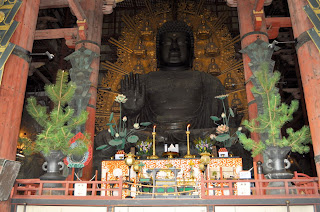 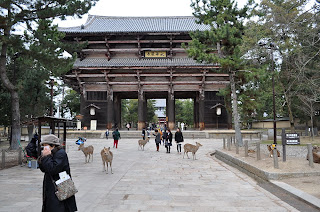 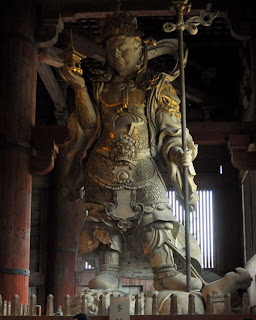 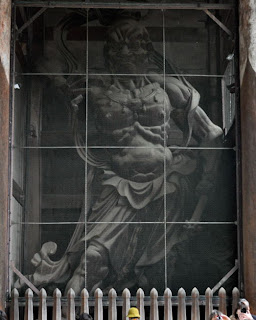 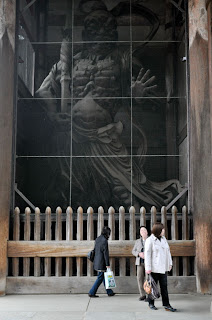 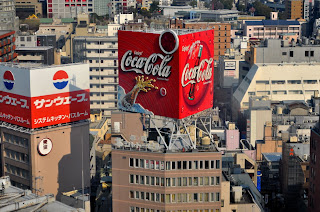 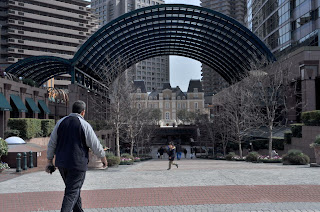 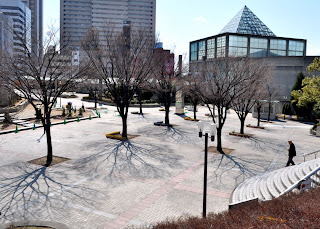 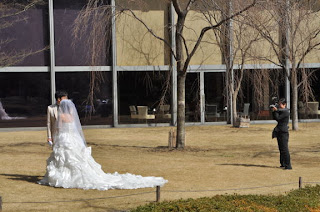 Posted by Australian Photograph Collector at 9:19 AM